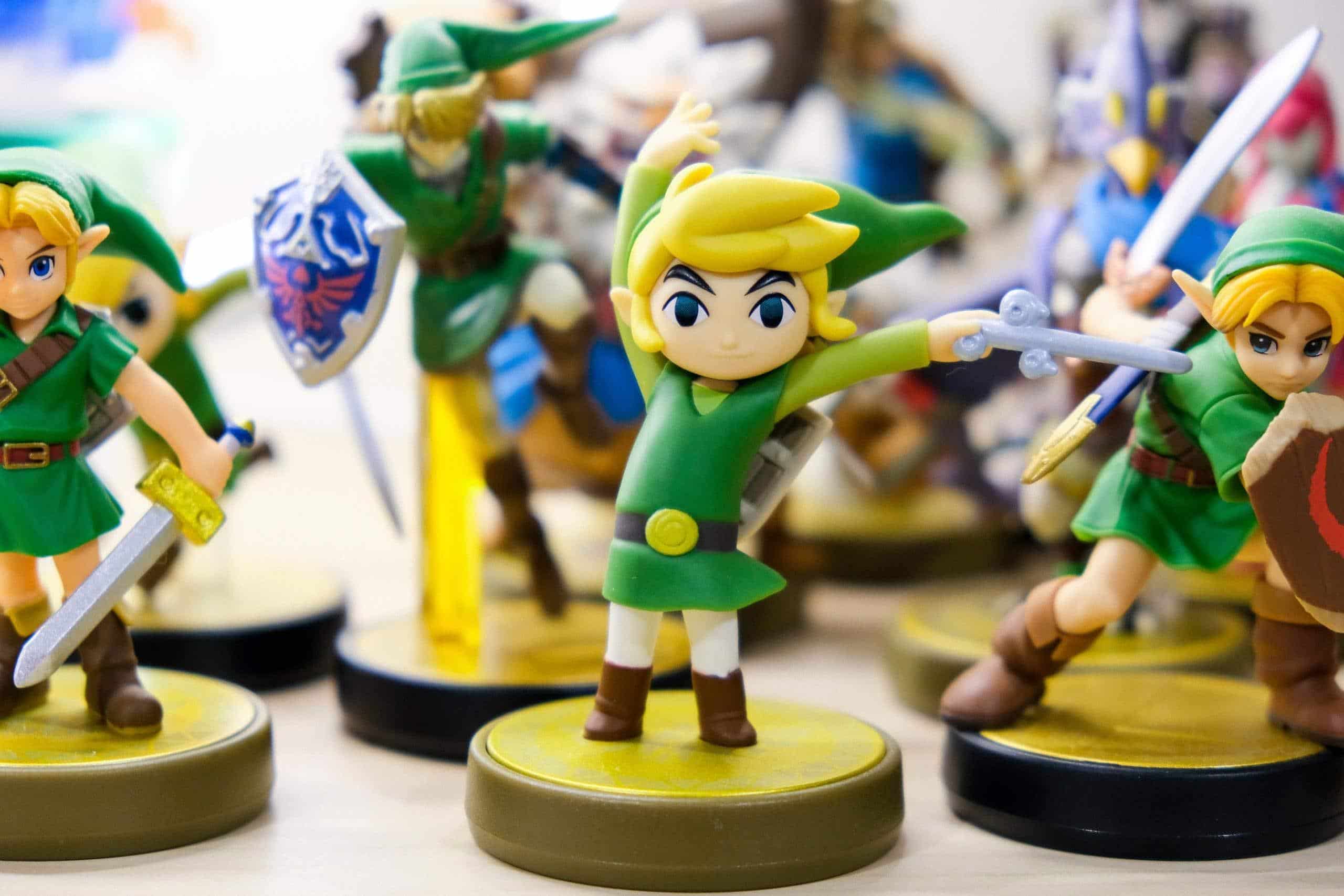 While battling enemies in Call of Duty, it’s easy to feel that artificial intelligence (AI) is controlling the game and anticipating your every move. Your opponents weave and evade attacks, throw grenades and coordinate with their colleagues to give your soldiers a hard time. Although this may feel edge-of-your-seat real, the AI behind it is actually rather rudimentary. While AI is fast developing, we’re still in the early days, with deep learning (a type of AI that aims to mimic human thinking) only recently entering commercial game development. This is the same technology that underpins self-driving cars and natural language processing (NLP). With this and other advances in AI on the horizon, our current-day games will eventually feel as basic as a game of snake.

A long history of AI in gaming

AI and gaming have a long history together. One where AI, particularly, has reaped more benefits. Many AI algorithms have been trained through games. This includes DeepMind, which has created a so-far unbeatable AlphaGo program. Researchers like to pit their AI against ever more sophisticated video games as they are more predictable compared to the real-world, where interactions with humanity can be inconsistent.

Indeed, self-driving cars have been exploring the roads of Grand Theft Auto V for this exact reason. Offering a realistic simulation of New York and Los Angeles, the game drew attention from Intel Labs and the Darmstadt University of Technology in Germany. They used it to build algorithms for the self-driving sector.

The rule and reward systems of games offer the perfect environment to train an AI in. It enables researchers to benchmark the intelligence level of their AI. But, despite this symbiotic relationship, AI researchers have been less focused on creating an AI that can make games more dynamic and realistic.

It doesn’t help that a lot of AI in video games are, for want of a better phrase, ‘smoke and mirrors’. That is, game developers have become exceptionally good at using limited AI to create scenarios that feel completely real and random. The AI is just sophisticated enough to make a player feel like they are battling an intelligent machine.

That’s because a lot of the developers’ end-goals are fulfilled by basic AI. Compare the goombas in the original Super Mario Bros. to the bosses in Dark Souls and you can see how far developers have made AI stretch. Dark Soul bosses are certainly more intelligent than goombas, but their patterns can still be learned and overcome. They are predictable, albeit with unforgiving speed and a rulebook of human mistakes to exploit.

One of the most common AI tricks in gaming is the Finite State Machine (FSM) algorithm. Game developers rely on pre-programming variables like common human mistakes, to make a character and game feel more real. In The Sims, for example, the characters will do different things based on objects and the environment. Specific reactions are programmed for each anticipated situation.

Such tricks have still resulted in unintended consequences, that, luckily, didn’t disrupt gameplay too much. A notable anecdote came from Red Dead Redemption 2, where players can interact with non-playable characters in many different ways. Reactions differ according to your clothes (and if they’re blood-stained), to your weapon, and even your hat. One viral video from the game saw a player firing a warning shot into the air, only to accidentally kill a bird flying overhead. This created a situation that few could believe, nor recreate themselves because of the complexity of the game’s world and its many intertwining rules and interactions.

The role of Artificial General Intelligence

If game developers can achieve much with little, that begs the question, what can they do with Artificial General Intelligence (AGI), which can understand or learn any intellectual task that a human being can? Well, the answer (rather anti-climatically) might be very little. The issue is, with AGI that adapts games to players, there is less that a developer can control. Game developers prefer predictable actions. It tends to make the player experience better.

Players don’t always want a non-player character (NPC) to act unpredictably. It distracts from the game. Similarly, imagine if a boss went rogue because an AI learned that a player had done the level before, was in a different emotional state, or was using a certain weapon. In short, letting an AI loose on a game might work in research environments but it will do little to improve gameplay.

Yet some experts still center on the idea of an AI game master. One that can tailor a game to each individual, changing a game to suit each player, and that constantly updates, so each experience and level feels brand new. Whether such a game will gain widespread industry appeal will have to be seen as game developers err towards certainty and control, instead of handing it over to an AI. There is a fine balancing act to strike between innovation and game-breaking consequences.

Additional use cases for AI in gaming

That said, there are areas where AI can help game developers. Using AI tools, developers can create more immersive games with fewer resources. It could become a collaborator with teams, helping them create art assets, levels, and entire games. AI can be used to gather feedback from players, to collate in-game comments and help requests to better understand how to improve the player experience. As a result, smaller development teams could create more sophisticated games, open-world environments, and complex simulations.

Mobile games are booming. Post-Candy-Crush, the sector has exploded and advances in the computing power of smartphones are bringing AI-powered characters to mobile gaming. Artie’s Adventure, for instance, is a mobile VR game featuring characters that respond to the player based on their conversation and the questions they ask. As 5G rolls-out and smartphones become more advanced, expect to see more AI in mobile gaming.

Mobile game developers are also using AI to inform their game development. Analyzing player behavior can unearth crucial insights into what they’re interacting with (and therefore, enjoying) and what is causing frustration.

Using such insights, an AI could automatically offer help and tips when its analysis suggests a player is close to giving up on a certain level. Subsequently, this means games will no longer have to be ranked by easy, medium and hard levels. Each game will simply be personalized to player skill.

In-player support can also benefit from AI. Tools now exist where conversations can be carried out seamlessly, with AI’s assistance, to fix in-game issues or help direct players to the right places (and people) for rapid support.

AI could also be used to improve revenue by augmenting monetization factors. It could recommend the best times to promote in-game purchasing or advertising based on player behavior, progression, and the time of day, ensuring players aren’t disrupted at key moments or too early in their session.

The future will see AI expand its role in gaming, to collaborate with developers and create better games, or even control those games in their entirety. Whatever its role, the focus must be on the players. Using AI to improve their experience, not disrupt it will take gaming to the next level. 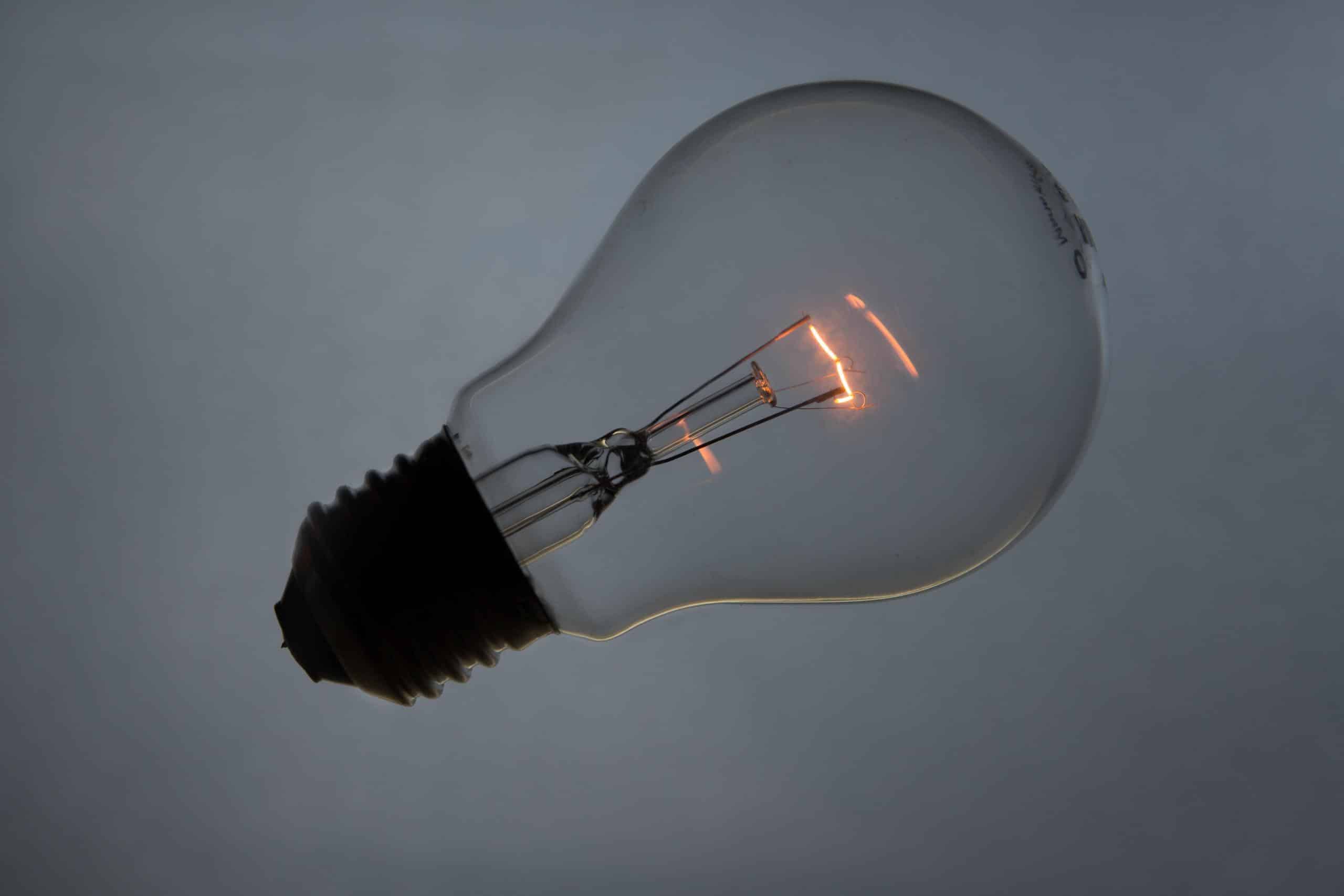 For the past week, Pacific Gas & Electric, California’s largest power utility, has intermittently cut power to millions of people in order to mitigate the risk of wildfires. The precautionary… 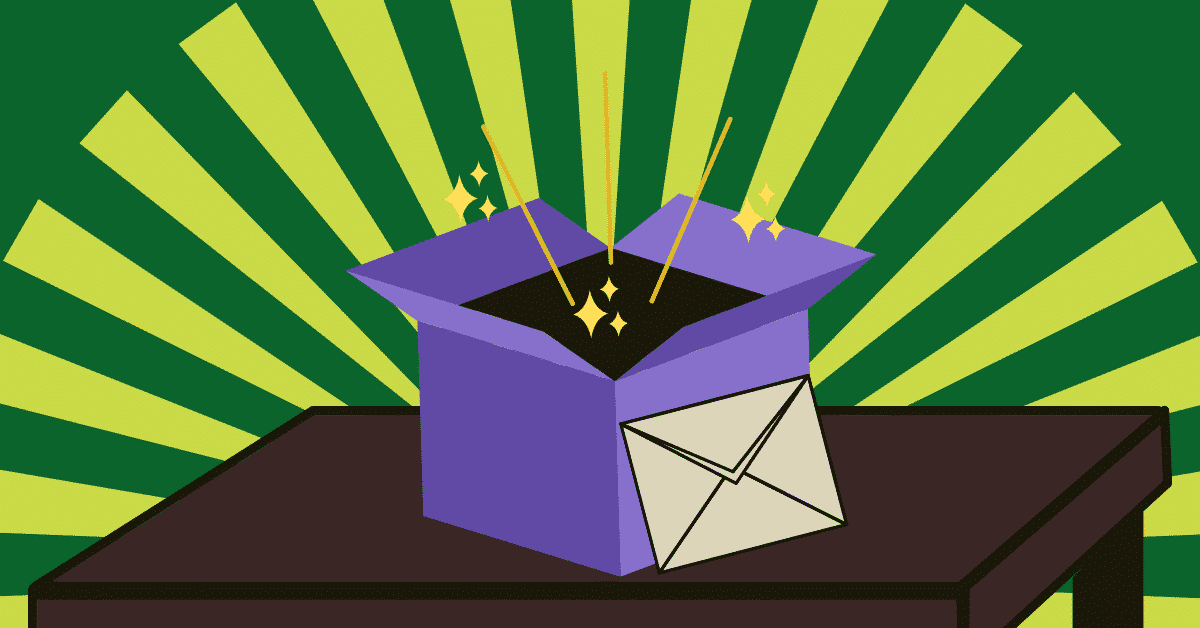 In-Game Feedback: The Lesson EA Games Learned Do a Google search for “Mobile Gaming” and click on the ‘News’ tab. You’ll find yourself assaulted with excited, optimistic, sensationalist headlines: “Mobile… 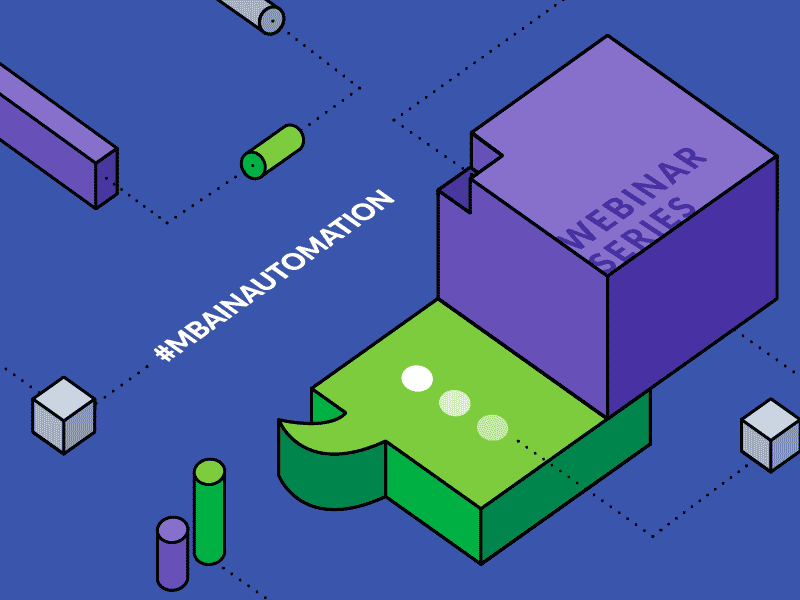 The typical customer support agent today spends a lot of time asking rote questions; from ‘what’s your account number?’ to ‘could I get the first and third letter of your…

In this tribute to the Mobile Gaming industry, we will deep dive into the reasons why publishers of all app types including fintech, retail, food & drink, lifestyle, and education… 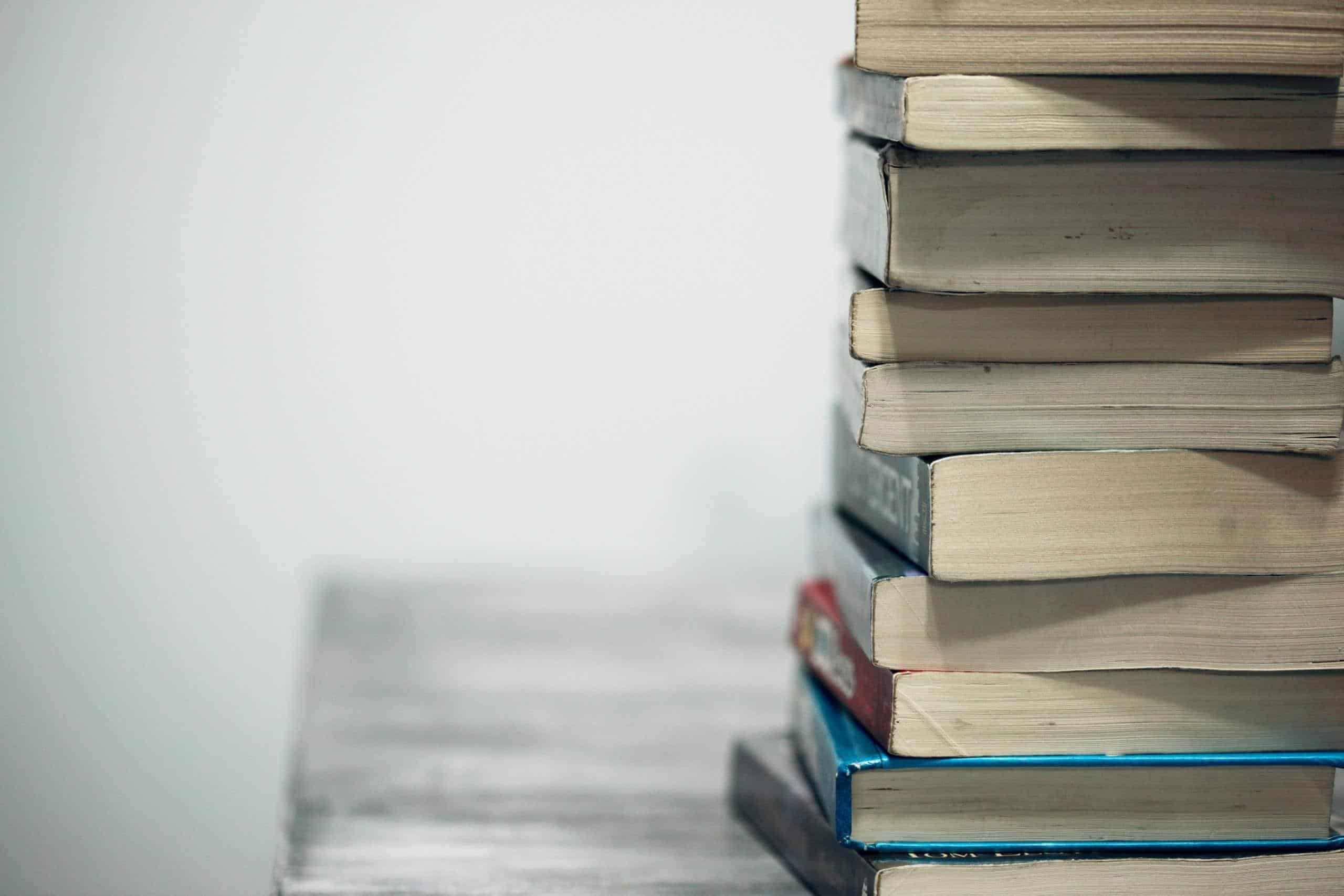 One of the secret weapons of the best customer service organizations is simple: knowledge. Knowledge management tools arm your human agents, your QuickSearch Bots, and your customers with the information…